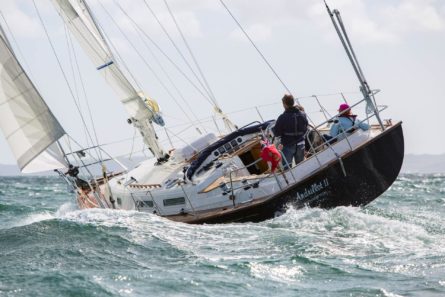 Tim Stevenson’s Andrillot II was the original Rustler 37, launched in 2014 and he’s owned her ever since. “It’s one of the best decisions I’ve ever made,” he says. It’s quite fitting that Tim’s now owns the first Rustler 37 because her namesake, the original Andrillot – the first of Jack Laurent Giles’s famously seaworthy 25ft Vertue Class yachts, launched in 1936 – was in his family for almost 40 years.